From the late middle-ages, Saxony was technically far advanced and for a long time one of the most innovative regions in Germany. In the nineteen century machine and car  manufacturing became the main industry of the area. This is what Karl Clauss Dietel calls the “humus” from where his passion for technical modernity developed.

The second influence is the Bauhaus. As a student in KH Weißensee he learned from the “Modernists generation” who

returned back to Germany after the war. The influence of this generation can also be seen in the work of Dieter Rams, who became famous for his minimalistic, functional designs for Braun.

Karl Clauss Dietel’s third influence is the construction-philosophy of communism. Lack of resources and the political plan demanded highly functional and long-lasting products, but Dietel, as a modernist, believes in the touch of the designer as an artist. A product must not just be clean and organized, but also “sensual & graspable”. This way of thinking, considered as “western decadence”, was hindering Dietel’s career in the GDR dictatorship and it did not become any easier for Dietel after the reunification of Germany. In the western “consumer-democracy”, a deep belief in endless growth and styling did not fit his ethics. 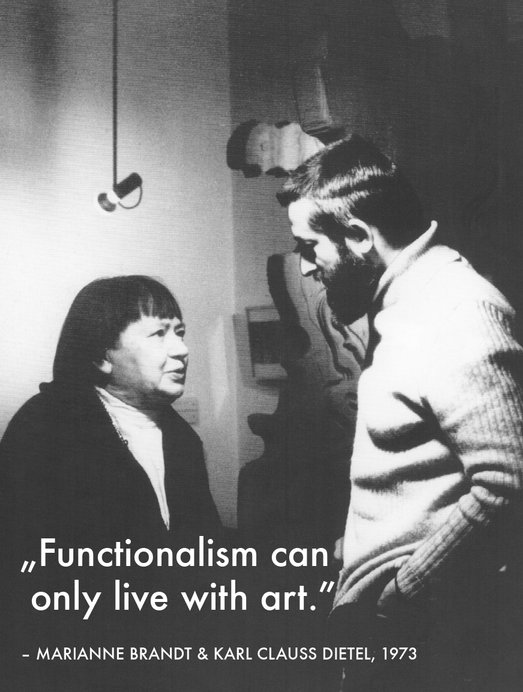 and his principles for sustainable and beautiful product design.

Poetry of the Functional

Functionalism can only live with art. A product has to touch the senses of a user. A benefit that can’t be planned with a calculator, but created by an artist. This is Bauhaus tradition, where artists like Wassily Kandinsky were teaching architects and designers. The technocrats of the GDR did not understand this.

Good design creates an open structure which invites the user to modify a product. The motorbike SIMSON is built in a way, that not more than standard tools are needed to change the motorbike easily from off-road to a race-bike.

A good leather wallet gets more and more beautiful with every day use. An old principle, but in times where companies believe in a planned

obsolescence of products, it seems to be forgotten. 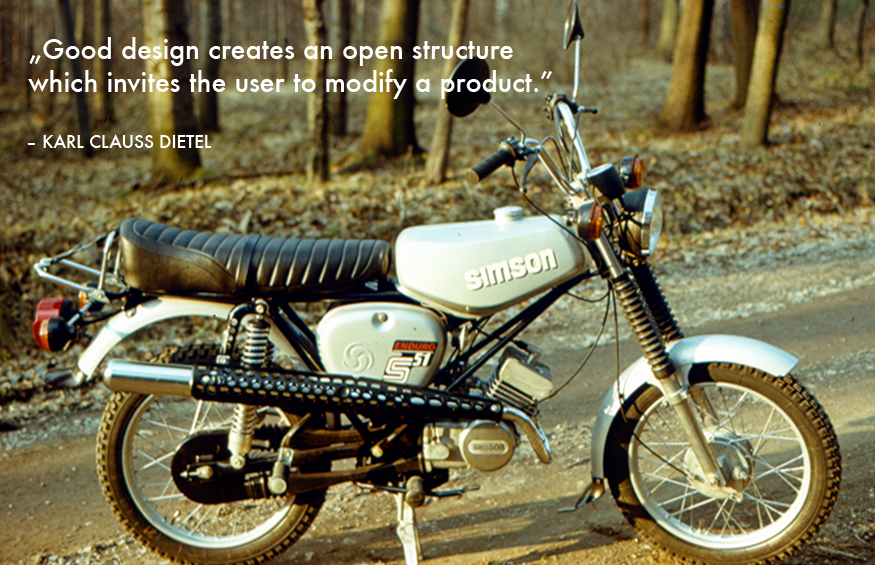 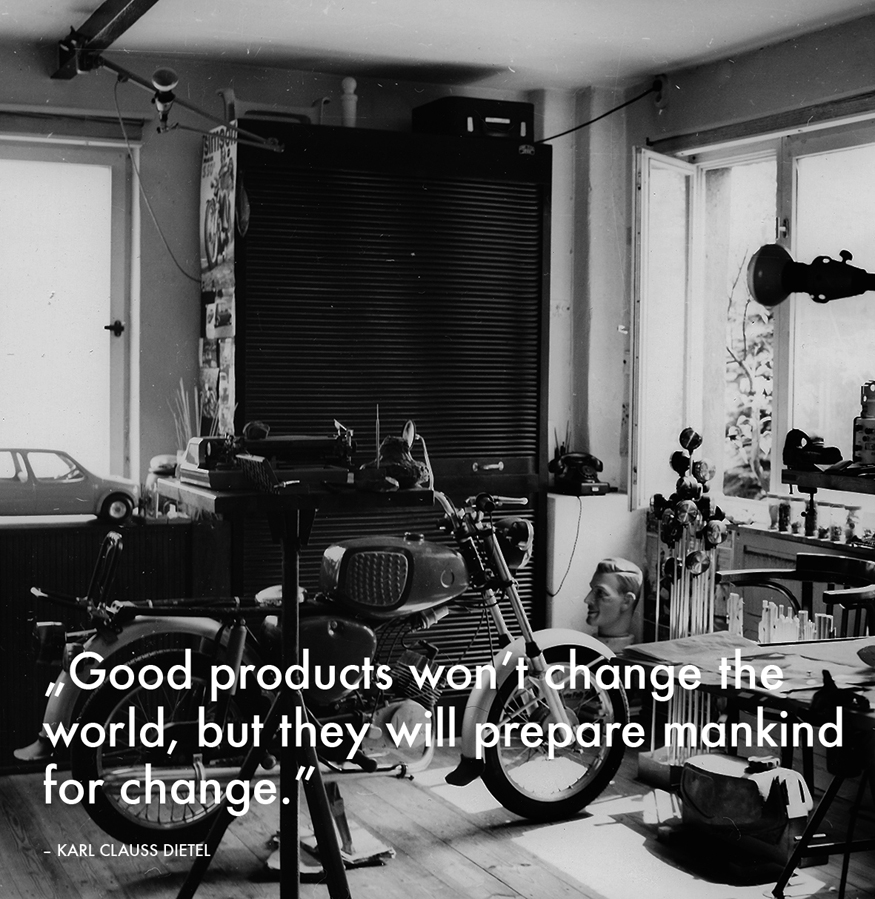